4th International Electronic Conference on Entropy and Its Applications

4th International Electronic Conference on Entropy and Its Applications

Welcome from the Chairs

Welcome from the Chair of the 4th ECEA

You are cordially invited to participate in the 4th International Electronic Conference on Entropy and Its Applications. Building on the success of the past three events in this sequence, the conference is designed to bring together researchers working in the field, to present and discuss their recent contributions, without needing to leave the comfort of their home.

Conserved quantities such as energy, and monotonic quantities such as entropy, are fundamental to our understanding of high-dimensional dynamical systems. Since the foundations of irreversibility were laid in 19th century thermodynamics, and the conceptual analogy between statistical mechanics and information theory (both classical and quantum) was made in the 20th century, inter-related concepts of entropy have been fruitfully applied to a large and expanding list of fields, including economics, biology, computer science, operations research using maximum entropy estimates, linguistics and the social sciences.

The conference will be organized into six sessions, which reflect the inter-disciplinary nature of entropy and its applications:

Accepted papers will be published in the proceedings of the conference, and selected/extended papers will be considered for publication in Entropy with a 20% discount off the APC. Entropy is an open access publication journal of MDPI in the field of entropy and information theory.

The section Chairs and the scientific committee members are pleased to announce the Call for Papers for the 4th International Electronic Conference on Entropy and Its Applications and to invite each researcher working in this exciting field of science to share his/her recent results with his/her colleagues around the world.

The conference will be organized into six sections, which reflect the inter-disciplinary nature of entropy and its applications. It will cover a wide range of aspects, please see the details in each section.

Researchers are invited to provide a short abstract on line at https://www.sciforum.net/login from now until 20 October 2017. Acceptance will be notified within a week after submission of the abstract. Then the author(s) will be asked to submit the manuscript, optionally along with a slide show (PPT) (or a video) using the template provided by the conference (see Instructions for Authors). All accepted submissions will be displayed online, at https://sciforum.net/conference/ecea-4, for discussion during 21 November–1 December 2017.

Accepted papers will be published in the Journal Proceedings. After the conference, the authors are recommended to submit an extended version of the proceeding papers to the Entropy Special issue with 20% discount of the APC charges.

The Scientific Committee looks forward to receiving contributions in response to this call and will be glad to provide any further information to interested parties. Questions may be addressed to the Entropy editorial office at [email protected] or [email protected].

We thank you in advance for your attendance of this conference and look forward to a stimulating exchange.


Submissions should be done by the authors online by registering with www.sciforum.net, and using the "Start New Submission" function once logged into system.


Manuscripts for the proceedings issue must have the following organization:

Manuscripts should be prepared in MS Word or any other word processor and should be converted to the PDF format before submission. The publication format will be PDF. The manuscript should count at least 3 pages (including figures, tables and references). There is no page limit on the length, although authors are asked to keep their papers as concise as possible.

Presentation Slides
Authors are encouraged to prepare a presentation in PowerPoint or similar software, to be displayed online along with the Manuscript. Slides, if available, will be displayed directly in the website using Sciforum.net's proprietary slides viewer. Slides can be prepared in exactly the same way as for any traditional conference where research results can be presented. Slides should be converted to the PDF format before submission so that our process can easily and automatically convert them for online displaying.
Video Presentations
Besides their active participation within the forum, authors are also encouraged to submit video presentations. If you are interested in submitting, please contact the conference organizer ([email protected]) to get to know more about the procedure. This is an unique way of presenting your paper and discuss it with peers from all over the world. Make a difference and join us for this project!
Presentation of Posters
Posters will be available on this conference website during and after the event. Like papers presented on the conference, participants will be able to ask questions and make comments about the posters. Posters that are submitted without paper will not be included in the proceedings of the conference.
Submission of Manuscripts


Submission: Manuscripts should be submitted online at www.sciforum.net/login by registering and logging in to this website.

Electronic Conference on Entropy and Its Applications LaTeX template file

MDPI AG, the publisher of the Sciforum.net platform, is an open access publisher. We believe that authors should retain the copyright to their scholarly works. Hence, by submitting a Communication paper to this conference, you retain the copyright of your paper, but you grant MDPI AG the non-exclusive right to publish this paper online on the Sciforum.net platform. This means you can easily submit your paper to any scientific journal at a later stage and transfer the copyright to its publisher (if required by that publisher). 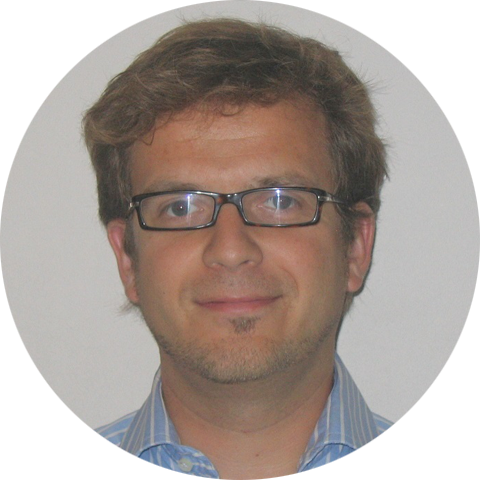 Geert Verdoolaege leads the group on Advanced Fusion Data Analysis at Ghent University. He has been working on various topics related to the foundations and applications of probability theory and machine learning methods since 1999. He was among the first to use various modern data analysis techniques in fusion science and he introduced the field at Ghent University. He first concentrated primarily on integrated data analysis for fusion diagnostics using Bayesian probability theory, later also including probabilistic modeling and analysis of textured images in remote sensing applications and functional brain scans obtained from magnetic resonance imaging. In addition, Geert Verdoolaege initiated research on pattern recognition in fusion data, modeled as probability distributions on information manifolds. His group develops new probabilistic techniques for analyzing highly stochastic fusion data and phenomena, with current applications to plasma instabilities (ELMs and disruptions), plasma turbulence and fusion scaling laws. Further activities include Bayesian analysis of fusion diagnostics with application to reflectometry and charge-exchange spectroscopy, and Bayesian real-time tomography for soft-X-ray spectroscopy. 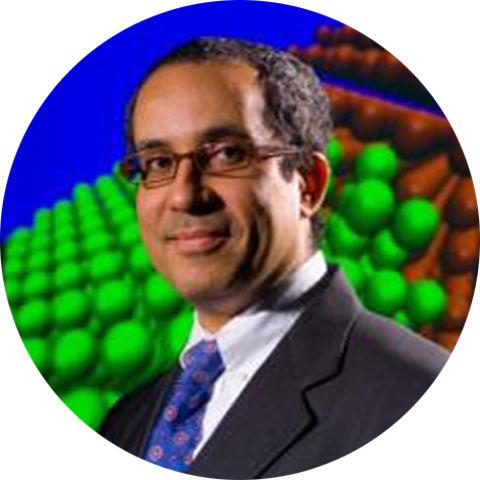 Dr. Cemal Basaran is a Professor and the Director of Electronic Packaging Laboratory at University at Buffalo, The State University of New York. He specializes in computational and experimental damage mechanics of electronics materials. He has authored 135+ peer reviewed archival journal publications and several book chapters in the fields of damage mechanics of electronics packaging materials. His research includes but not limited to unification of Newtonian mechanics and thermodynamics using entropy, 2-D materials for power and nano electronics, electromigration, thermomigration, and computational fatigue life prediction without use of curve fitting models. Some of his awards include 1997 US Navy ONR Young Investigator Award, and 2011 ASME EPPD Excellence in Mechanics Award. He is a Fellow of the ASME. He has served and continues to serve on editorial board of 13 peer reviewed international journals, including IEEE Trans. on Advanced Packaging, IEEE Components, Packaging and Manufacturing Tech , ASME Journal of Electronic Packaging, ASCE Journal of Nanomechanics and Micromechanics, as well as numerous other journals. He has been the primary dissertation advisor to 24 PhD students.

His research has been funded by NSF, ONR, DoD, State of New York, and many industrial sponsors including but not limited to Northrop Grumman, Raytheon, Delphi, Intel, DuPont, Texas Instruments, Micron, Tyco Electronics, Analog Devices and many others. He serves as advisor to many national and international research funding agencies around the globe. 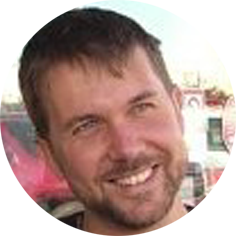 Born in 1973, Ph. D. in Physics at Sapienza University (Rome) in 2002, from 2004 to 2005 postdoc Marie-Curie fellow at Paris-Sud University. After a few other postdocs at Sapienza University, I have passed the ERC Starting Grant 2007 selection with the "Granular Chaos" project which has been funded by Italian MIUR (ERC-MIUR agreement) in the period 2009-2014. In 2009 I got a permanent research position at Consiglio Nazionale delle Ricerche and I am now researcher at the Institute for Complex Systems (ISC) at CNR. I have been teaching the Course on Stochastic Processes at the Sapienza University (Physics Deparment) in the last 5 years. I have habilitation as Full Professor in Theoretical Physics (for fundamental interactions and for condensed matter). I've given about 50 talks (roughly 35 invited) at national and international conferences. I have been in the organising committee for 7 international conferences. I published more than 100 peer-reviewed articles in international journals, and a book ("Transport and fluctuations in granular fluids", Springer 2015). My scholar metrics states 3067 citations and h=32.

Karsten Keller is working in time-discrete nonlinear dynamical systems and time series analysis with special emphasize on symbolic dynamics. The idea of coarse-graining is ubiquitous in his work reaching from combinatorial descriptions of dynamical systems to complexity quantification of time series and systems behind them. Recent research of Karsten Keller is mainly concentrated to the application of entropies and entropy-like measures to time series analysis, especially of ideas related to the relatively new concept of permutation entropy. 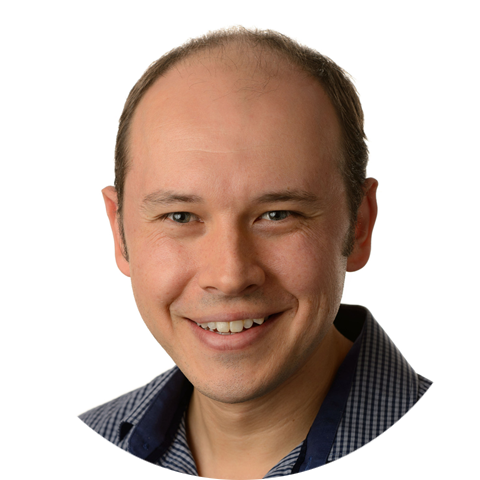 Dr. Joseph Lizier is an ARC DECRA fellow, and Senior Lecturer in Complex Systems, in the Faculty of Engineering and IT at The University of Sydney (since 2015). His research focusses on studying the dynamics of information processing in biological and bio-inspired complex systems and networks, in particular for neural systems. He is a developer of the JIDT toolbox for measuring the dynamics of complex systems using information theory, and the related IDTxl toolbox for inferring effective network structure in neural data. Before joining The University of Sydney, Dr. Lizier was a Research Scientist and Postdoctoral Fellow at CSIRO ICT Centre (Sydney, 2012-2014), and a Postdoctoral Researcher at the Max Planck Institute for Mathematics in the Sciences (Leipzig, 2010-2012). He has also worked as a Research Engineer in the telecommunications industry for 10 years, including at Seeker Wireless (2006-2010) and Telstra Research Laboratories (2001-2006). He obtained a PhD in Computer Science (2010), and Bachelor degrees in Electrical Engineering (2001) and Science (1999), from The University of Sydney. 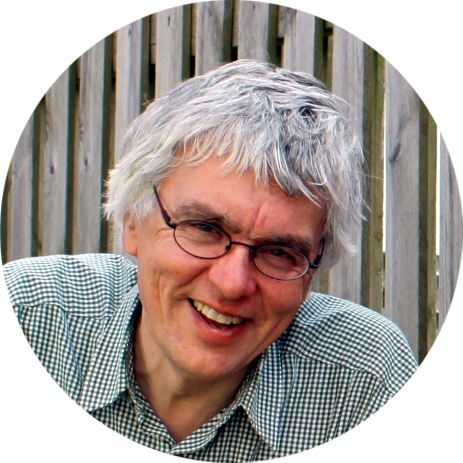 retired from the Weierstrass Institute for Applied Analysis and Stochastics,
Mohrenstrasse 39, 10117 Berlin

Wolf Weiss received the Dipl. Ing. (M.S.) and the Ph.D. degrees from the Berlin University of Technology (TUB), Berlin, Germany, in 1985 and 1990, respectively. From 1985 to 1999, he worked as a Research Assistant with the Institute of Thermodynamics at the TUB, and received his Habilitation in thermodynamics in 1998. He is retired from the Weierstrass Institute for Applied Analysis and Stochastics, Berlin. 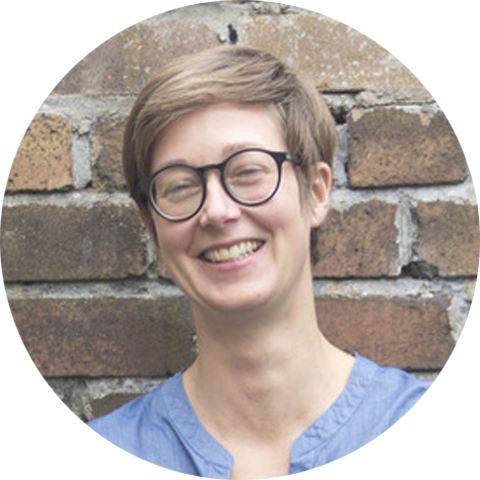 Karoline Wiesner received a PhD in physics from Uppsala University, and has held postdoctoral positions at the Santa Fe Institute and at the University of California, Davis. Since 2007 she is faculty member of the School of Mathematics at the University of Bristol, where she also co-directs the Bristol Centre for Complexity Sciences. Her work focuses on information theoretic methods for applications in the sciences (e.g. protein dynamics, glass formers, stem cells), and on one foundations of complexity. 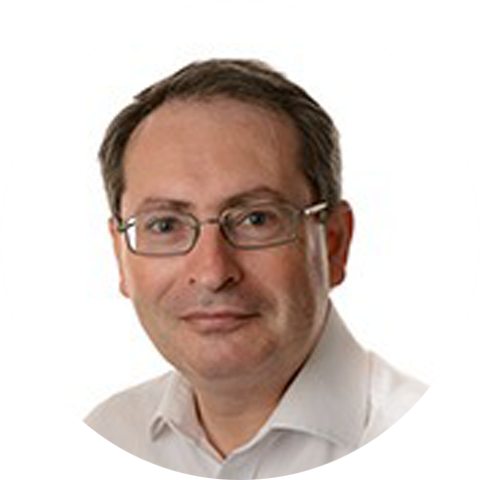 On the roles of energy and entropy in thermodynamics

Theory and Practice of Permutation Entropy

Theory and Practice of Permutation Entropy

B. Information and Complexity

The main areas of interest of this section are: Evolution of Stars, Gravitating Systems, Black Holes, The Universe.

In this section, posters can be presented stand-alone, i.e., without an accompanying proceedings paper or conference presentation. Posters will be available online on this website during and after the e-conference. However, posters will not be added to the proceedings of the conference.